Kyle Thorburn, new owner of Revive! Slough is no stranger to franchising.  He and his wife Joanne were top five franchisees in South Africa for a leading travel brand.

Originally the dynamic couple each had their own businesses. Kyle a company that sold, refurbished and serviced cooling towers while Joanne ran her travel franchise. When their three children came along, they decided it would be operationally easier for them to have a single focus. Kyle sold his business and went into partnership with Joanne and together they expanded their franchise to three very successful city centre branches.

Political instability in South Africa led them to emigrate to the UK seven years ago to give the family a safer future. Joanne set up a Travel Counsellor franchise and Kyle took paid employment as a regional sales manager for waste management company, BIFFA.

For 47-year-old Kyle, Covid proved to be a ‘perfect storm’ enabling him to be his own boss once again. Initially furloughed and then made redundant when BIFFA cut its sales force by 50%, the time was right to research a franchise opportunity for himself in the UK.

He explained: “I chose to take a paid job when we first came to the UK purely for financial reasons, but I struggled to work for bosses when they don’t have a big vison of where you can go or what the company could be. The whole Covid thing highlighted the vulnerability of working for someone else and made it easier for me to walk away. There’s no security for your future. I appreciate that redundancy is hard for many people but for me it meant freedom, some extra cash and the chance to get back on a familiar path.”

Understanding how the franchise model works, choosing the franchise that delivered to his own career goals was far more important to Kyle than the industry sector.  He wanted to find a franchise with plenty of opportunity for growth both in terms of territory and volume of business.

“I looked at several different sectors including pet food, cleaning and tools, but discounted each one as they were too limiting either in terms of scalability or the size of territory.”  As he explored the automotive sector Revive! stood out. “When you speak to people within the company and others involved with the company, there was just something that said – this is the place to be. A perfect fit.

“It’s just like finding your partner in life. When you talk to them and spend time with them you just know that this is someone you can get on with, you can relate to, you can work with. There are no hidden agendas, no smoke and screens. What one person says the other confirms in a different way. It comes down to the fact that everybody is on the same page and when everybody is on the same page it means there’s a fluent and cohesive unit that’s behind the same ideas.”

Said Kyle: “Because we understand franchising, we didn’t need to research about what a franchise is, how the model works and the associated risks and rewards. It was a simple case of ‘we know how it works, it’s a formula that’s been proven, it does work as we’ve proven in the past’. It was just about finding the one that was going to best suit us.”

Even as an experienced franchisee, Kyle found the management training at Revive!’s headquarters complex at Rugby useful, giving him valuable reminders ‘that we may have forgotten or skipped over’. The technical training provided the knowledge he needed to manage his technicians and quote on jobs.

It’s not surprising that Kyle has big ambitions for Revive! Slough, aiming to have five vans or six vans on the road within the next four years. He’s also got his eye on available neighbouring territories a bit further down the line.  In the short term he will be focusing on getting the business up and running and established, making sure that Revive! is the number 1.

“Marketing is obviously the biggest focus right now,’ said Kyle, “Our digital campaign is underway and I’m meeting up with dealerships face to face to create relationships with them. Once I’ve got my foot in the door at the dealerships as time goes by, I want Revive! to become top of their dial list.”

All Revive! franchisees share the same overarching goal – to build a business that enables them to lead the life they want to lead and secure their own future.  Kyle hopes his daughter may be interested in taking over the family business one day – but until then he’s going to enjoy his new challenge and the extra bonus provided by Revive!’s sponsorship of BTCC champion race driver Andrew Jordan.

“I’m really looking forward to that. My father was in the motor trade and was an honorary marshall at the Kaylami grand prix racecourse in South Africa, so from when I was knee-high we were at the racetrack from five in the morning until seven at night.” 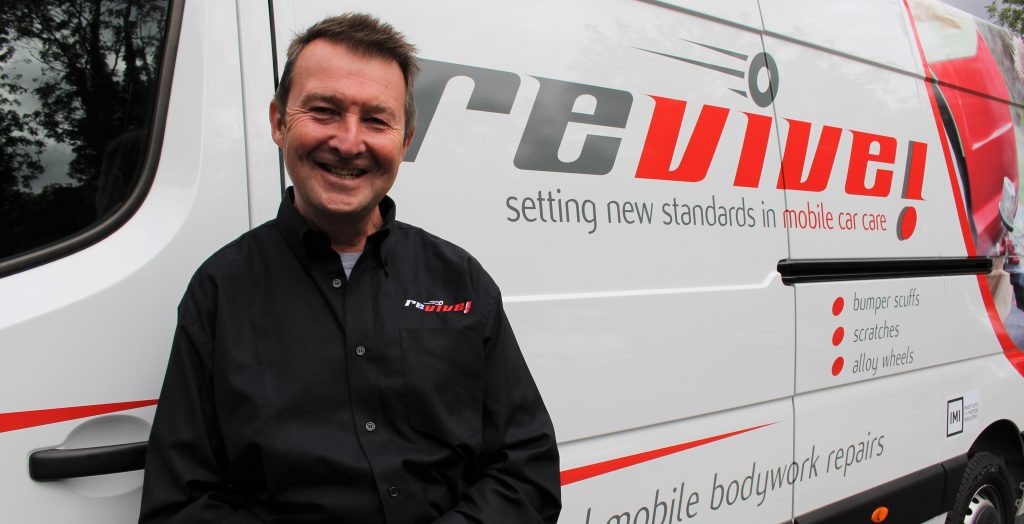 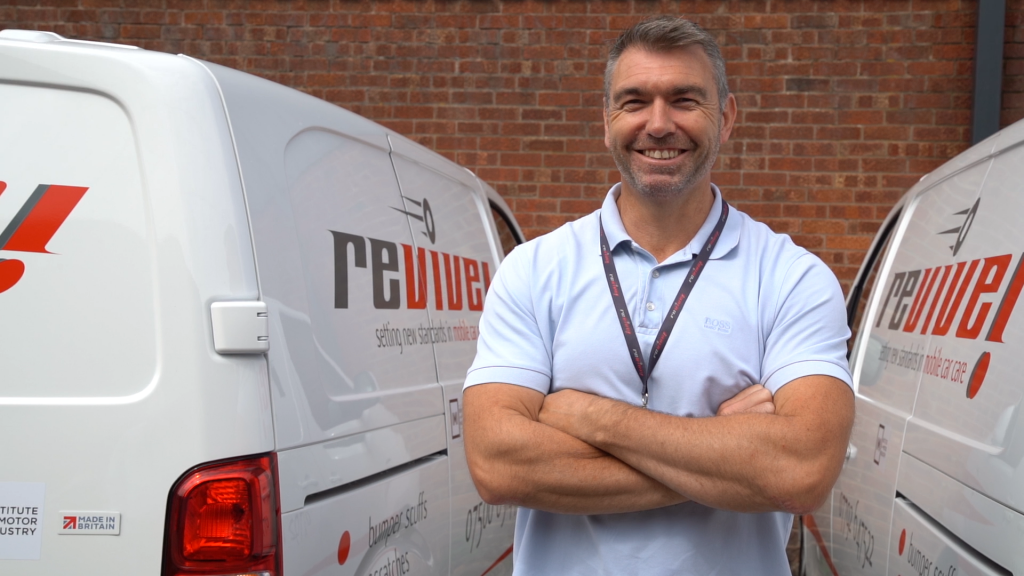